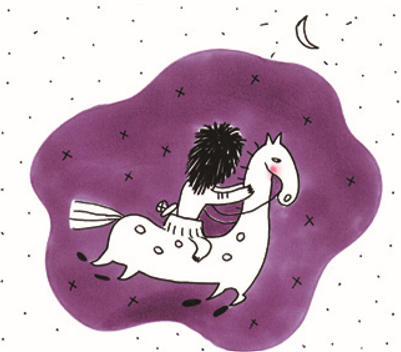 It was the middle of the night when Grizbut was awoken by The Old Ways. Filled with a mild sense of urgency, the Wise One knew she had to go for a ride.

At the stables, Dulis the manager wasted time deciding which horse to give her. This frustrated Grizbut, though she shouldn’t have been surprised. Dulis had a reputation as being an incredible slow decision maker. When he was he was so indecisive about when to arrive, took two generations of !. Which meant, when he finally appeared, he was an who badly needed a . For her effort, his Ma was given a medal. This surprised mothers everywhere – they had expected the presentation to be posthumous. In fact, his mother had coped so well during the two decade marathon, throughout it she had re-married – ! That’s one tough mother.

Remembering these things, Grizbut took control and grabbed a horse with determination. Dulis smiled at her choice. ‘I wouldn’t take him,” he said, “ will get you nowhere. He’s way too slow.” Dulis then surprised and decisively chose a faster (and better named horse) called Fleet, sending Grizbut on her way. As the horse seemed to know where it was going, Grizbut gave it its head.

Grizbut thought about the uproar Maggor had created earlier in the night. After he had chosen Heidicur, Maggor had unleashed a fury in the audience that quickly turned the crowd into a lynch mob. Honor bound, Grizbut stepped in and organized Maggor a safe escort out of Amazonia to gather his wager money.

Her thoughts were disturbed by a sense that she was being followed. Though it didn’t feel threatening, Grizbut stopped for a look. Seeing no one, she rode on.