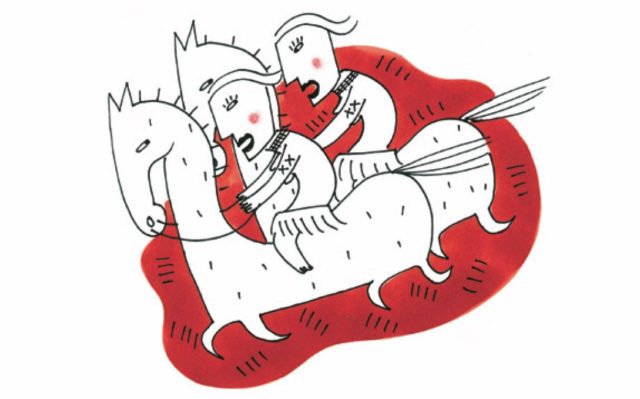 Grizbut had recently become the tribe’s chief justice. She had replaced the right honorable Justice , who interestingly, refused to use his fingers, just his thumbs. Bizarre.

The case before her now was a civil one. Styrus, a restaurateur and horse-breeder, had given two baby stallions to the two Frenthus sisters. There had been only one condition: when the foals grew up they would give the faster one to Styrus.

Sadly, the sisters had fallen out and had gone their separate ways. Each took a foal to rear. Now the foals were fully grown, Styrus had come to collect the quickest beast. But neither sister would give up their horse. Both claimed the other sister had the quicker animal.

It was tough. Grizbut pondered long and hard before passing down her decision. “The sisters will race the two horses and Styrus will keep the winner.”

Styrus looked incredulous. “But Oh Wise One,” he protested. “It won’t be a truly run race. The sisters will race slowly,  for if they win the race they will lose their horse.”

“I agree,” smiled Grizbut. “So I add this condition:

Each will the sister’s .”

The dispute was settled.